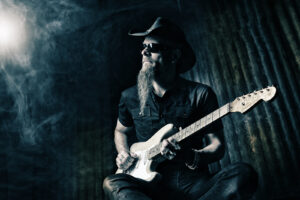 Dudley Taft grew up in the American Midwest, where he learned the values of friendship, roots blues, rock ‘n’ roll and a good ear of corn. With a background that includes Berklee College of Music as well as years touring with rock bands Sweet Water and Second Coming, Dudley is a thinking man’s blues rocker. There’s plenty of swagger here, but also the sensitivity of a thoughtful songwriter. In his music you’ll hear delta roots mingling with Seattle grunge, a southern twang with a high-octane crunch. Dudley was nominated “Best Guitarist” by the European Blues Awards in 2017.

Dudley’s music career began in high school when he founded the band Space Antelope with friend Trey Anastasio (of Phish). In the 1990’s he joined Seattle band Sweet Water, touring the states with Monster Magnet, Candlebox and Alice in Chains. After recording two albums for Atlantic, he left the band to join Second Coming. More touring followed with an album on Capitol Records and a taste of success thanks to the single “Vintage Eyes” which made it to #10 on the Rock Radio charts. In 2006, Taft started playing blues rock in Seattle, and has released six studio albums and one live record. Left for Dead in 2010, Deep Deep Blue in 2012, Screaming In The Wind in 2014, and Skin and Bones in 2015, Live In Europe in 2016, Summer Rain 2017 and Simple Life in 2019. Reese Wynans of Stevie Ray Vaughan fame has played on three of these studio albums. Dudley has had four #1 songs on the Hit Tracks Top 100 charts, a #2 Blues Rock single (Give Me A Song) and Simple Life made it to #9 on the US Blues Rock Album charts.

Taft has been touring in Europe since 2012, and in 2017 Taft was nominated “best guitarist” by the European Blues Awards. His music can be heard on BB King’s Bluesville on Satellite XM Radio, Pandora, Spotify, and other streaming services. Dudley’s music has been featured in movies and on television, most notably The Sixth Sense, and on That Metal Show and Gene Simmon’s Family Jewels. Dudley now makes his home in Cincinnati, Ohio.

Dudley Taft has been playing blues rock since 2006, when he formed Dudley Taft Blues Overkill with like-minded Seattle musicians. After playing clubs and casinos in the Pacific Northwest for a couple of years, he released the album Left For Dead. Since 2010, Taft has recorded and released a total of six studio albums and one live CD, recorded on the European tours of 2014 and 2015.

His songs, his rough-hewn voice, his stinging lead guitar, all recorded in his own Cincinnati studio (that he bought from Peter Frampton in 2013), shows an artist maturing into the kind of dire threat who will not back down. – Goldmine Magazine

Dudley Taft sounds a lot smoother than he looks and his guitar work is a real discovery, he manages to fit some blisteringly complex licks into short phrases that compliment his pleasing vocal presentations. – Blues Matters Magazine

He is an unabashed blues rocker and his music draws on the best of both its progenitors and helps to define the genre. – Ben Vee Blues

I love rock & roll and I love the blues, and the way Dudley Taft puts them together has always done it for me. – Rock Doctor

Dudley has built a fanatic fan base in the Netherlands, Germany and Poland. – Rootstime Belgium

Dudley Taft is an intriguing blend of blues influences like Elmore James, and Lightning Hopkins… There is some southern country rock, Texas blues, Seattle grunge and even some hard heavy rock all of which Dudley mashes together to deliver a sound that is more than the sum of the individual components. – Blues Rock Review

Somewhere along the musical spectrum resting firmly between the Texas Blues of ZZ Top and the SouthernRock of Lynyrd Skynyrd you will find the musical stylings of Dudley Taft. The guitar slinger is back with another batch of tunes that will rattle your teeth and shake your bones. Built around classic blues riffs, driving rock guitars and a hint of metal Dudley Taft continues to blend the past and present to create one hell of a bad ass sound. – Examiner.com Atlanta 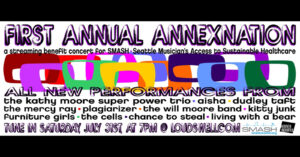