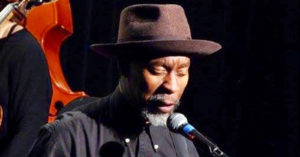 Join us Sunday for our recurring series titled ‘Staycation Festival’, a summer-long series of streaming events at the Royal Room, co-hosted by Live Concerts Stream.

Reggie Garrett has been performing throughout the U.S. and Canada for a number of years. Based in Seattle, Washington he performs mostly original songs mixed with pop covers and more traditional style folk ballads. He is the purveyor of a unique urban strain of (mostly) acoustic music incorporating a number of diverse influences, including: Folk, Latin rhythms, Blues, Gospel, Celtic, Rock, Jazz and more. The result is a musical blend that has excited and touched audiences throughout the U.S. and Canada.