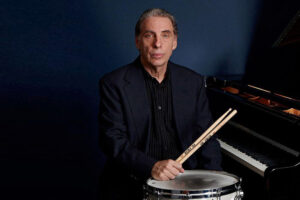 Mike Clark gained worldwide recognition as one of America’s foremost jazz and funk drummers while playing with Herbie Hancock in the early seventies. His incisive playing on Hancock’s “Actual Proof” garnered him an international cult following and influenced generations of drummers. While Mike digs the funk, he consider jazz his first love, and playing that music is what he says feeds his soul.