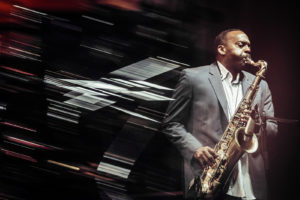 David Murray is an American jazz musician. He plays mainly tenor saxophone and bass clarinet. He has recorded prolifically for many record labels since the mid-1970s.

Among the most recorded jazz musicians in history and arguably one of the genre’s greatest tenor saxophonists, Dave Murray dominated jazz in the 1980s as thoroughly as Charlie Parker dominated the genre in the 1940s. Murray, considered a giant of the avant-garde style, nonetheless played all forms of jazz, from straight-ahead to free improvisational to post-bop. He was devoted to saxophonists as conservative as Paul Gonsalves and as radical as Albert Ayler. His name, however, has not become as legendary as Parker’s during his earlier years, primarily because few people paid close attention to the progressive, free-jazz movement of the 1980s, an era distracted by other forms such as commercial fusion and hard-bop nostalgia. Meanwhile, Murray refused to let the times discourage his ambitions, and from behind the scenes, he developed a distinct and powerful personal voice on both the tenor saxophone and clarinet. By the 1990s, many regarded Murray as the most proficient synthesizer since Charles Mingus (another of Murray’s influences). Regardless of his well-deserved recognition, Murray never broke from the downtown scene and refused to let the jazz culture assign him to a single category. Composing enchanting melodies that flowed with ease into far-reaching abstraction before returning back to the music’s roots in blues and gospel, Murray is also known for his trademark playing technique of sudden leaps into the upper register of his instrument, and his ability to draw a rich, expansive sound from his horn on both ballads and upbeat numbers. 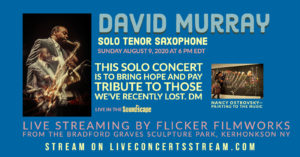