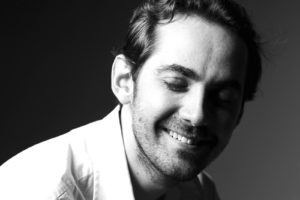 Alex Pryrodny is an NYC-based pianist known for improvisation derived from a lifelong study of classical, jazz and world music. He’s been lauded as a “highly gifted, very thoughtful, and highly resourceful musician” by Grammy-Award-winning producer Robert Sadin.

Born in Kyiv, Ukraine in 1984, Alex began studying piano at 3 and gave his first public performance at age 6. By his early teens, Alex had been awarded the title of Ukraine’s best young composer twice, as well as winning several international competitions in classical piano, composition, and improvisation. He moved to the United States at 16 to study jazz and classical piano at the University of Maryland and New School with Andre Watts, Hal Galper, Fred Hersch and others. Alex was awarded 2nd place at the Montreux Jazz Solo Piano Competition in Switzerland in 2012 and toured in Italy, Taiwan, Japan, Poland, Russia, Ukraine and the United States. He’s recorded two solo piano albums, two EPs, and his work as an arranger has received multiple nominations for the Golden Melody Awards in Asia.

pianotherapy is a new project by NYC based pianist Alex Pryrodny, a genre-fluid cocktail of virtuosity, imagination and philosophical depth all in service of one goal – creating music that makes people feel better.