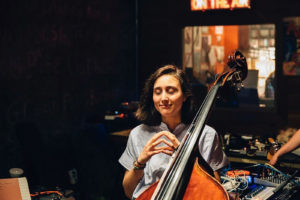 Abbey Blackwell is a multi-faceted double and electric bassist in Seattle, WA. She is a member of many musical scenes in Seattle’s music community, including the improvised, rock, classical, and jazz spheres. In addition to playing in a variety of groups, she also has a band of her own, Rae, which features her compositions and group improvisation.

Abbey has performed and recorded with a variety of artists including Jonathan Wilson, Jackson Browne, La Luz, Macklemore, Myrkur, Thousands, Red Ribbon, and Cassandra Jenkins. In addition to recording, she plays in a variety of groups around town including with Wayne Horvitz, The Seattle Modern Orchestra, Tomo Nakayama, and Great Spiders.

Outside of performing and recording, she teaches private lessons, as well as coaches through the Jazz Scholars program and the Jazz Night School.

Abbey holds a master’s degree in Jazz and Improvised Music and a bachelor’s of music in Double Bass Performance from the University of Washington. 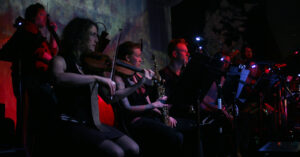 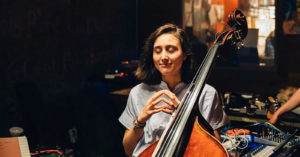