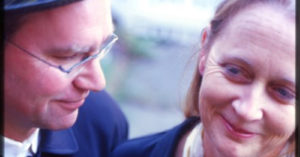 Pianists and Composers Robin Holcomb and Wayne Horvitz present an evening of improvised and composed music for solo piano, and piano with voice. Holcomb and Horvitz have been making music together since they first met in 1975 at the University of California in Santa Cruz, California. Before moving to seattle in the 90s, they two worked together for over a decade in New York within the so-called Downtown Scene collaborating with musicians including Bill Frisell, Butch Morris, Doug Wieselman, John Zorn, Bobby Previte, Willam Parker and many others. This evening will be a rare opportunity to hear the longtime musical and life partners perform together. Horvitz and Holcomb will each perform solo. In addition, they will present songs by Robin Holcomb, and a few covers, with Horvitz on piano and Holcomb singing.