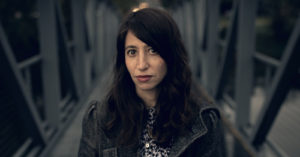 If one were to cross Sarah Silverman with Joni Mitchell, you might get Seattle songwriter Debbie Miller. Miller’s ability to walk the line between seriousness, humor, and honesty creates a unique live performance. In October 2018, Miller appeared on PBS’s “The Great American Read,” which highlighted her song, “Queen of Hearts.” Following that, the musician released an anticipated 7-inch vinyl called Two Sides. Miller’s songs have also appeared on WNYC’s Freakonomics and the New Yorker Radio Hour. But her dream is to write a Broadway musical, which she absolutely-freaking-will one day.

Half of the donations from tonight’s event will go to the “Mothers of Color COVID-19 Grant” – https://www.seattleworks.org/woccovidgrant