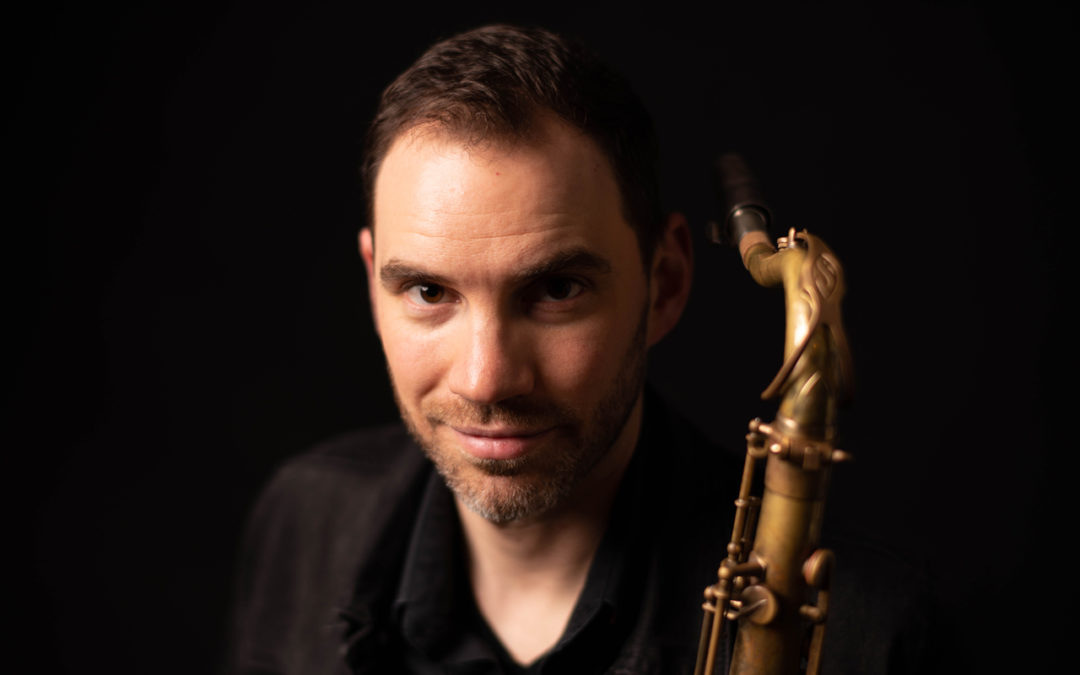 Our friends at Earshot Jazz recently interviewed our own Gordon Brown about the origins of LoudSwell.

From the article: When Life Gives You Lemons: Gordon Brown’s Big Pandemic Pivot

“The pandemic has been devastating to me as a musician,” saxophonist Gordon Brown doesn’t sugarcoat. “I know, through talking to others that I’m not alone.” Brown’s saxophone has been in its case for much of the last year because of COVID, despite being a prolific performer and member of several outfits including his own band, The True Loves, and touring groups like The Dip and the Polyrhythmics.

“Before the pandemic I was in love with the stage and performing for people.” Brown, in fact, has played for a lot of people, including during his time as a band member of the Atlanta Falcons football team. “When [performing on stage] was taken away it felt like I lost part of my identity,” he says. He doesn’t sugarcoat, at all. “Even hearing music has become a painful reminder of a former life. I miss it terribly.”

What does one do in the absence of the thing you do that you love more than anything? How does one adapt from being a live musician to not being able to perform live music at all? For Brown, instead of putting his fingers on his saxophone’s keys, he put them on a keyboard and a mouse. Doing so, he created LoudSwell, a site designed to help struggling artists. Through the pandemic, he says he witnessed many musicians, such as himself, adapt and embrace technology that enables remote collaboration and performance. With LoudSwell, that adaptation and embracing is in full swing.

The site grew out of necessity. As Washington began enforcing lockdowns at the beginnings of the pandemic, Skerik Band, for which Brown also plays, had a sudden cancelation and the tour, for which they had put money into, ended abruptly. To recoup costs they livestreamed from Skerik’s home studio to encourage donations. And thus, LoudSwell was born. With lemons, Brown had made lemonade.“

I leaned on my background in technology,” he says. It was a career, ironically, Brown gave up to become a full-time musician. “I built a website that makes livestreams free to watch without any registration and can take tip donations via PayPal in a couple of clicks.” Additionally a chat moderator acknowledges donations and provides information about the show in real-time. Simultaneously, the show is broadcast to all of the artist’s social media channels.

After the initial Skerik Band livestream, Brown began receiving calls from local musicians eager to tap into his expertise. He incorporated and built a team around the site. Now, his focus is to help other musicians livestream and earn money doing so.

As of this writing, LoudSwell has helped over 200 bands, artists, and venues livestream and earn over $195,000 for shows that have been viewed by 375,000 people. Brown notes, “Artists have been earning an average of $750 an hour by streaming with us, which is astonishing.” Artists, through LoudSwell, have relied on audiences to earn a living and the ever loyal scene has delivered. Relying on the generosity of viewers has been a success. “We rarely see this kind of transparency in artist compensation,” Brown says. “We hope it has a lasting positive effect on musician pay.”

Perhaps the end of COVID is in sight as vaccines continue to be rolled out. Lockdowns are easing up, and gradually being lifted. Brown cannot wait to play again. “I’ve been dreaming about the first post-COVID gig.” He imagines countless musicians are having the same dream—one that feels surreal but that he knows will bring about ultimate euphoria.

Despite LoudSwell being a product born of the pandemic, Brown assures it’s not going anywhere. No, he expects LoudSwell to swell and swell again. “The approach really works,” he says. “I’m eager to bring more artists and venues to the platform.”

Silver linings to the pandemic? Brown didn’t find many. No silver, perhaps, but thirsty artists, thanks to his LoudSwell site, have at least seen some green. Lemonade, indeed.