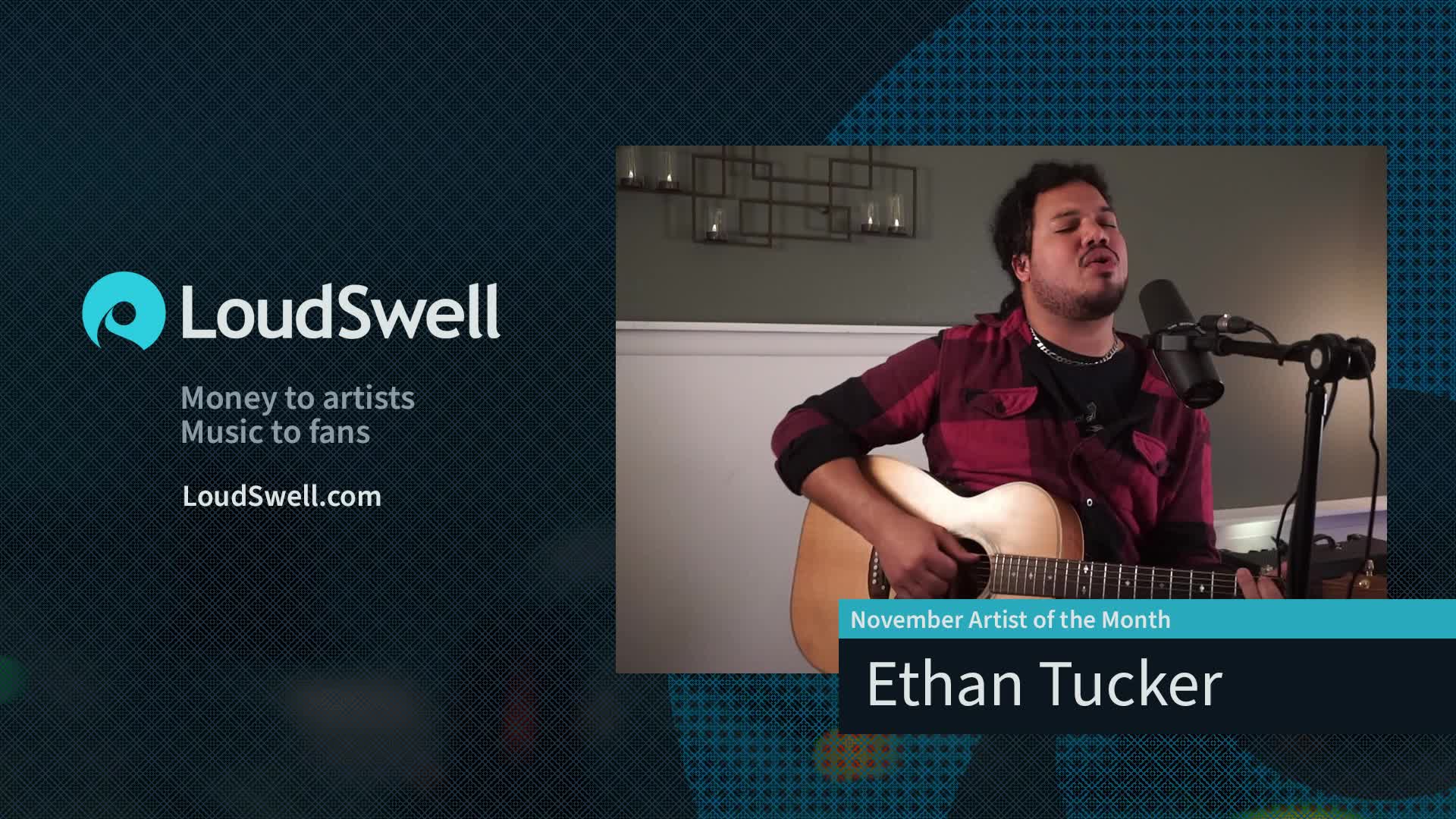 Catching up with our Song of the Month 2020 series.

Contribute to the artist: https://www.paypal.me/etuckermusic

​​Pints Barn Presents Ethan Tucker on loudswell.com Ethan Tucker’s trademark sound of acoustic roots and layered electric guitars combined with an unmistakable soulful and bluesy vocal, is a recipe which has garnered attention from some of his most popular contemporaries, as well as bonafide legends.

Ethan’s career took off after impressing Michael Franti with an impromptu backstage jam in Spearhead’s dressing room long before ever playing a show together. Ethan was summoned by Franti to come to his studio in San Francisco, CA to record what would later become some of the more infectious tracks on Misunderstood. From there, a bond between the two artists was solidified. The first single “Crazy Tonight” was arranged, recorded, produced at Franti’s studio, and also features him on guest vocals. This track, coupled with the reggae-pop hybrid “Cool Kids” (also produced by Franti) opens the album, that is a sonically cohesive and a coming of age for Ethan Tucker. In 2016, Ethan took his career yet to another level when he auditioned for NBC’s The Voice; performing a reggae rendition of The Police’s “Roxanne.”

He was able to also perform “Gravity” by John Mayer in the battle rounds. Ethan continues touring and releasing new music, including his latest single “Feelin’ You” released in February 2019. He has released multiple live acoustic videos for Sugarshack Sessions and California Roots “Jam In The Van” which are both currently streaming on YouTube. Stay tuned for more exciting news from Ethan Tucker soon!

Money directly to ARTISTS | Music directly to FANS loudswell.com is a musician-made streaming platform built for artists and fans. Our goal is to make it easy for performers to stream and earn a living, and for fans to watch and support the artists they love.