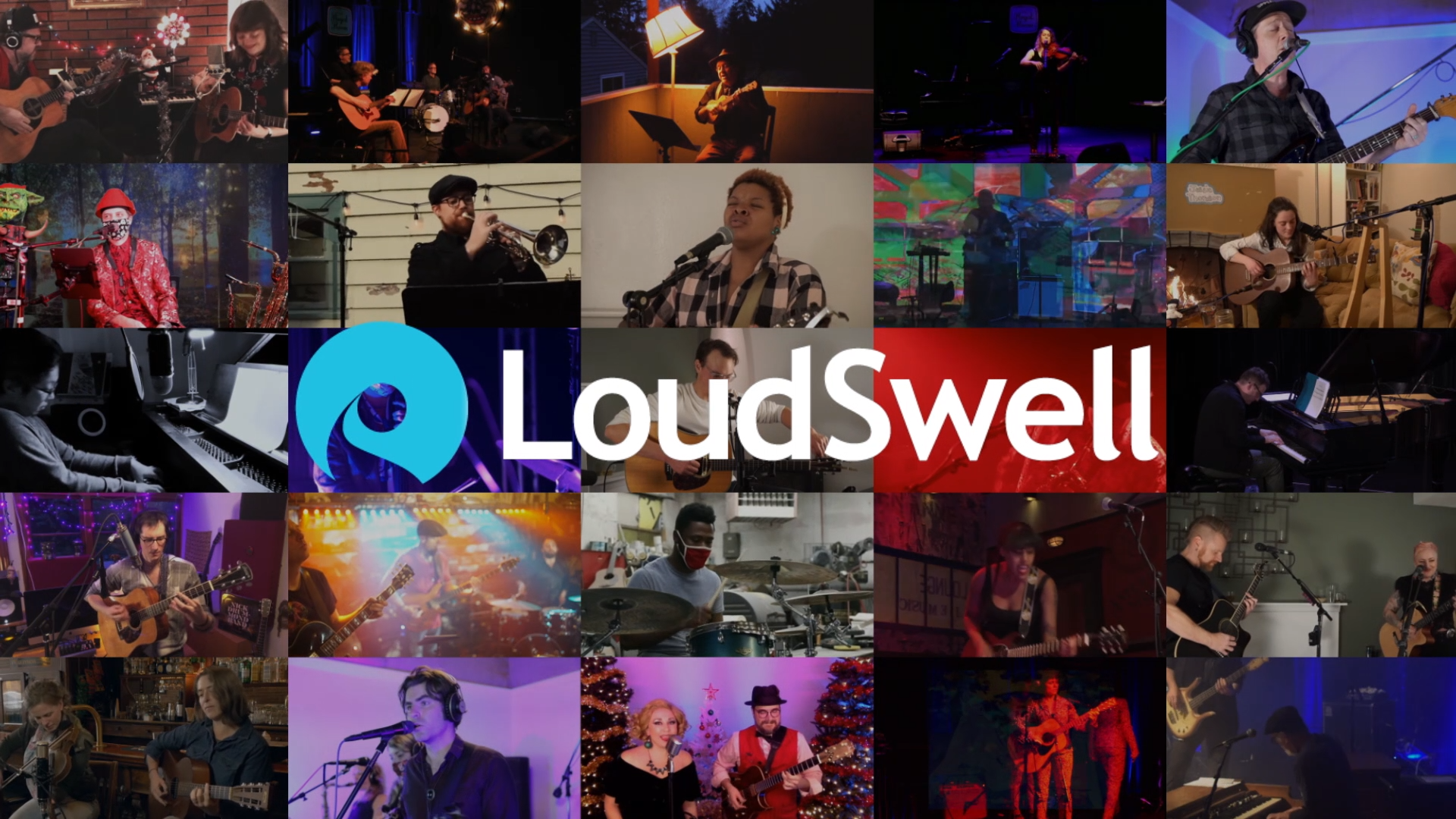 SEATTLE AND VICTORIA, B.C. — Live Concerts Stream (www.liveconcertsstream.com) has relaunched its live music streaming platform as LoudSwell (www.loudswell.com). Since launching in March 2020, the platform has paid artists and venues more than $170,000 from 175 shows streamed from over a dozen US cities and reaching over 325,000 viewers. On New Year’s Eve, heavy future groove trio lespecial performed to 15,000 fans and earned $9,200 in about 2 hours.

“At the beginning of 2020 when all of the gigs suddenly disappeared, we built Live Concerts Stream as a way for artists to connect with their fans and get paid to perform,” said Gordon Brown, founder and CEO of newly named LoudSwell. “When it took off beyond our wildest expectations, we realized we needed a distinctive, memorable name that we could build on, and that’s LoudSwell.”

In addition to the name, LoudSwell is introducing a corresponding logo and online experience where website visitors can discover upcoming and past shows, and contribute tip donations to artists with an easy, 3-click process.

LoudSwell is unlike any other live music streaming platform. Artists pay no upfront fees to perform, and LoudSwell provides individual technical support before and during all shows. During performances, artists earn an average of $700 per hour through fan contributions, which appear on-screen for all to see.

LoudSwell was founded by musicians who understand that there is no substitute for performing and attending in-person shows. That’s why Loudswell is designed to be a complement to, not a replacement for live performances, which will support artist livelihoods and fan access well after the pandemic. By using LoudSwell, artists and venues expand their audiences and increase exposure beyond the limitations of in-person performances with simultaneous live streaming to all of the performer’s social media channels.

Started in March 2020 in response to the COVID-19 pandemic, LoudSwell’s goal is to make it easy for performers to get paid to share their talents, and for fans to watch and support artists they love.

LoudSwell effectively monetizes live-streamed performances by making audience tip contributions easy and rewarding, by simultaneously broadcasting to all of our artist’s social media channels, by partnering with our artists to promote their events, and by providing chat moderators to acknowledge and encourage audience participation.

Everybody wins when artists are put first. LoudSwell doesn’t charge any upfront fees to our artists and our entire staff is made up of performers and avid music fans. LoudSwell is a partner to musicians and streamers, not a high-overhead middleman. Artists: we’re 100% on your side.